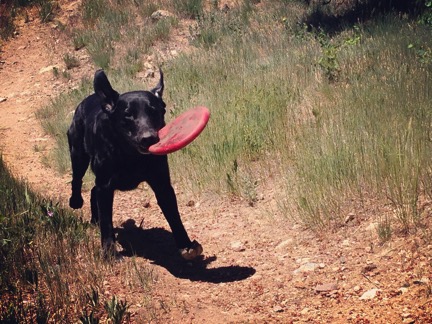 It operates on two fundamental premises:
1. It’ s the role of owners, investors, and members of an organization to build a culture that balances the needs of its stakeholders (for example: business partners, suppliers, employees, customers, shareholders, and by extension, community, society and the environment).

2. The leaders of the organization must ensure that no stakeholder loses profits at the expense of another. When providing services to clients, social capitalist companies believe it is best to offer agreed upon, well-defined work for a fixed fee. If the scope of work changes, then so does the fee. This is how social capitalism companies interact and bill clients.

There are many examples of successful social capitalism companies. I discuss them in my book, Culture Trumps Everything, and in my presentation of the same title. Last week I had a very personal experience of social capitalism.

My wife and I live in the mountains of Colorado west of Denver. Our only child is an (almost) 11-year-old Black Lab named Merlin.

Last week, two hours before I was supposed to leave for the airport, Merlin was sniffing around in the grass and inhaled something, causing him (and subsequently me) distress. He immediately began to snort, blow, sneeze, rub his nose, do everything he could to dislodge whatever plant matter, particle, or insect, had invaded his nasal cavity. After about 7 minutes of watching him in this distress (for anyone who has a dog they consider a family member – you will know this feels like an eternity when you dog is suffering), I put him in the car and began driving to the vet. It was 6am.

The only vets that are available at the middle of the night or early morning are Emergency Animal Hospitals. Our Vet works at Deer Creek Animal Hospital in Littleton, CO, which has 24-hour pet care. That’s where I was headed.

As I pulled into the parking lot at Deer Creek, Merlin gave one bigger blow and sneeze, and then fell silent. I checked my rear view mirror and I saw his happy face staring back at me from the rear seat. Whatever he had in his nasal cavity was now somewhere in my car. I was in the parking lot at the vet. I was leaving on a 4-day trip. I wanted to ensure there were no other issues, so we went in. It was now 6:30am.

The daytime animal hospital does not open until 7:30am, so this was clearly going to be an emergency room visit, which I knew would be a minimum of $200. We were checked in, but given that Merlin was no longer in any kind of respiratory distress, we were triaged, placed on a list after 2 more severe emergency cases, and sent to a treatment room to wait for an available vet. It was now 6:40am.

7:15am came and went, as did 7:30. At 7:45am (15 minutes after the hospital had opened for regular pet care) Merlin had not shown any respiratory distress for more than an hour, so I walked over to the reception area and let them know I had to head home by 8am because I had a plane to catch. Shortly thereafter a vet came in, looked at Merlin as best as he could and told me to look for any more sneezing and/or nasal discharge. Otherwise, there was nothing he could see and really nothing to be done. The visit cost $39.

This is great example of social capitalism in action. When I walked into the Deer Creek at 6:30am, they were open as an emergency room. I full expected to pay $200 for veterinary care at that time (Well defined, agreed upon, scope of work = vet care outside of daytime hours; fixed fee = $200). I had walked in as an emergency client, I understood the fee and was willing to pay it. But, the vet at Deer Creek Animal Hospital, understanding social norms and social capitalism, clearly realized that while I had taken Merlin in as an emergency room client, he was not seen until normal daytime hours, so that what I was billed (Well defined, agreed upon, scope of work = vet care during normal daytime hours; fixed fee = $39).

A classic capitalism veterinary hospital would have charged the $200, increasing profit for shareholders at the unnecessary expense to a customer. A social capitalism veterinary hospital believes that profit follows culture. So they applied the daytime scope of work and fee, rather than the emergency room scope of work and fee… and now I blog about them.

If you are in the Littleton, CO, area, I can’t say enough good things about Deer Creek Animal Hospital and the vets who work there.

In case you’re curious, here is a picture of Merlin doing his favorite thing in the world, playing fetch with his frisbee.