How Aristotle's Mistakes Are Still Haunting Us 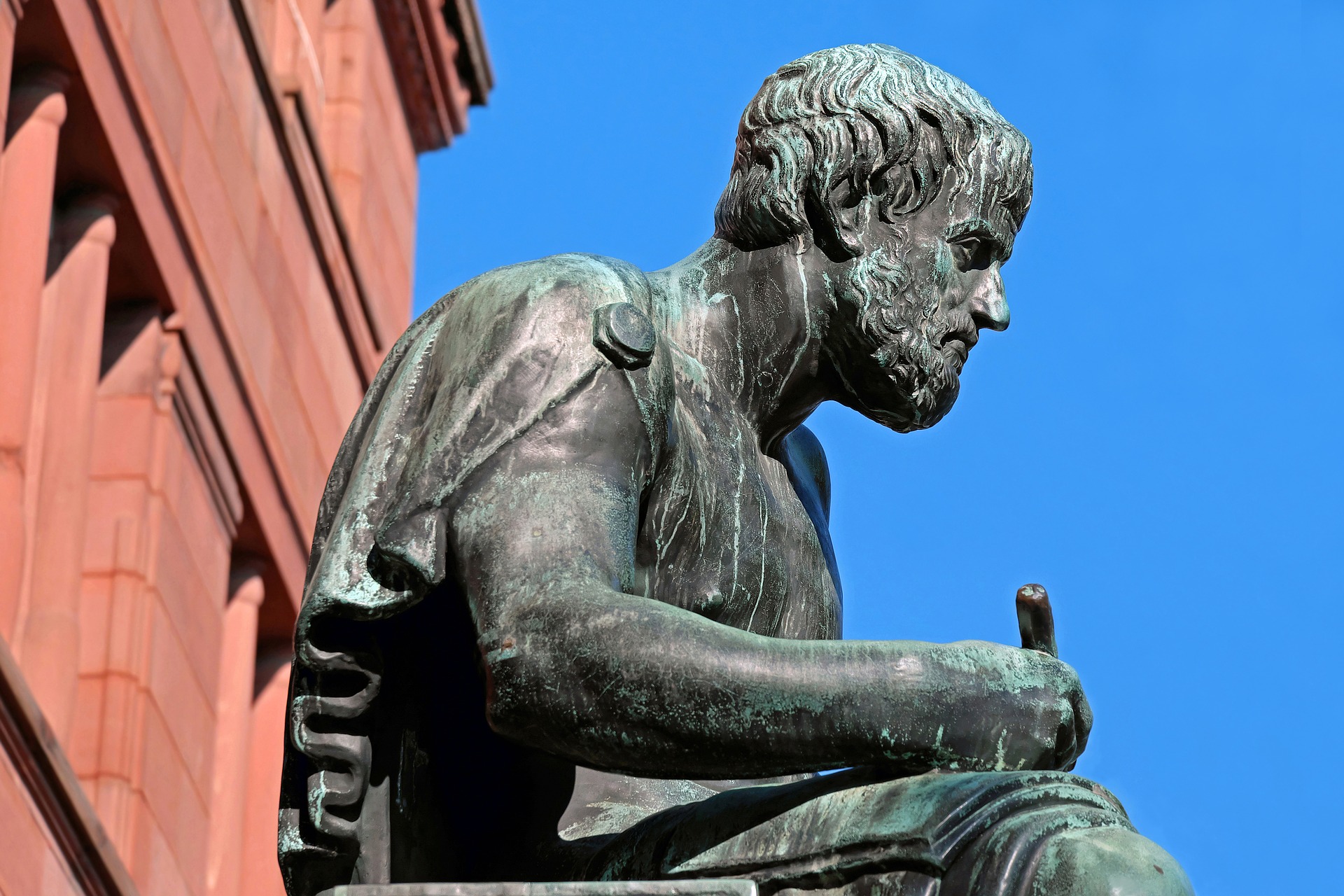 Culture is defined as the beliefs, behavioral rules, traditions and rituals that bind us together.  But where do beliefs come from? And how do they become an accepted part of our culture?

Beliefs are a set of thoughts, about someone or something, that hang together. For example, each of us has beliefs about how the world operates (or how it should operate). Beliefs become a part of our culture when they are widely adopted and accepted as true.

Beliefs are the purest form of nurture over nature. Babies are not born with beliefs. They are taught beliefs based on the culture they are born into.

Some beliefs can be traced back to Greek times. Today, we’ve disregarded many of those cultural beliefs based on science and evidence. But some are still with us.

Aristotle was a great Greek philosopher and scientist. He wrote about physics, biology, metaphysics, logic, ethics, politics and government.

Over time, other astronomers, including Copernicus and Brahe, all found data supporting the heliocentric (sun-centered) view of our solar system. In 1609, Galileo invented the telescope, pointed it at Jupiter and saw four moons circling the planet – giving further evidence that not all celestial bodies circled the Earth.

In 1615, the Catholic Church had an inquisition on the matter. It concluded that heliocentrism was false and contrary to Scripture. And it forbid Galileo from advocating heliocentrism. He was tried by the Holy Office, found “vehemently suspect of heresy” and forced to recant. Galileo spent the last nine years of his life under house arrest.

Almost 2,000 years after Aristotle, people and institutions were still trying to hold onto the geocentric view of the universe, even in the face of overwhelming evidence to the contrary.

The Old Order Isn’t Natural at All

Something similar still happens today with other beliefs that Aristotle introduced to our culture.

Aristotle took the notion of rational thought, the primacy of reason, and used it to establish what he believed was a natural social hierarchy. In his book The Politics, he explains: “Some should rule and others be ruled is a thing not only necessary, but expedient; from the hour of their birth, some are marked out for subjection, others for rule.” A ruler should be selected primarily for “the rational element.”

He further stated that educated men are the most rational and should naturally rule over women – and also those men “whose business is to use their body” and who “are by nature slaves.” Further down his “ruling ladder” are non-human animals, who are so mindless that they are “better off when they are ruled by man.”

So, at the dawn of Western philosophy, where we find the foundation of many of our current cultural beliefs, we have the “pecking order” being established with the European (white), educated, male human at the top.

This system of beliefs became the argument for white men to dominate women, the lower classes, “uncivilized” peoples and non-human animals.

The argument ran like this. Since non-white peoples were less intelligent, they were unqualified to rule over themselves and their lands. So it was a duty — “the white man’s burden” – to destroy their cultures and take their territories. Additionally, because intelligence defined humanity, these peoples were less human. They therefore did not enjoy full moral standing – which meant it was perfectly fine to kill or enslave them.

This system of beliefs historically justified slavery, colonialism and all of its ills, as well as the Holocaust and genocide. Today, those beliefs can still be found underlying the treatment of people of color, women, foreign peoples and much of the violence we see around the world. Aristotle’s train of thought continues in motion.

It’s time to derail this train. Racial and gender inequities are not part of the natural order. They exist because of our culture and institutions built upon its system of beliefs. And those beliefs were created at a time when it was also believed the Earth was the center of the universe. Let’s finally stop clinging to them. To paraphrase MLK Jr., the arc of history is long, and it bends toward greater human equity. Be on the right side of the curve.